Why Blockchain-Based DApps Are The Future Of Decentralization

Blockchain as an industry has evolved significantly in recent years, and the rise of capable ventures have played a major role in that. You can find an abundance of blogs and posts on the web telling you how blockchain is the future of numerous industries.

Akin to those blogs we will be touching on a topic currently trending in the blockchain circle. DApps, also known as Decentralized apps are garnering the attention of developers around the globe. Blockchain tech is the future and blockchain-based DApps leverage it to the fullest.

The reason behind the rise of DApps is simple, unlike standard apps, they do not require any middlemen for connecting the developers and users. These apps directly connect for the user data and code managing and hosting.

The web is filled with numerous DApps and even Ethereum alone houses over 1000 DApps. If you have heard the term but have no idea about what it is, then we will help you out. Here is your ultimate guide to DApps and how they will rule the future:

Traditional Apps vs Blockchain Based DApps: The Difference

When we talk about the difference between DApps and traditional apps, then several aspects come in front. Here are some of them: 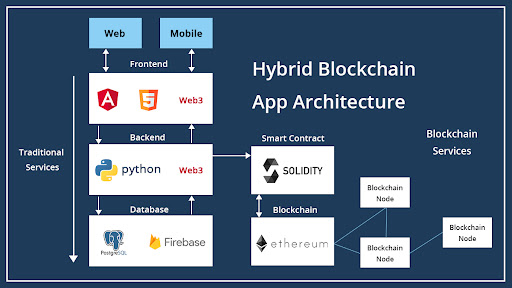 This allows cybercriminals to breach since all they have to do is hinder the hosting services. Thus, reliance on a centralized server can lead to data breaches, increasing security risks.

When it comes to DApps, but with subtle differences or let’s say advancements. In the case of frontends, nothing much changes, but the backend department of DApps comprises blockchain technology. The tech involves numerous machines.

Breaching a blockchain-based DApp requires the cybercriminal to infect every distributed hosting node.

DApps are certainly popular and there are three vital features contributing to that.

Before the advent of Bitcoin, organizations turned to centralization for their transaction validity. In order to be cleared, the transaction had to pass through clearinghouses, which constantly monitored its movement.

But DApps utilize the P2P model, where every node is directly connected. For a transaction to pass, it needs the approval of nodes.

With every network participant keeping track of the events, DApps create new structures for every business practice. Being administered via autonomy helps them decide every change via consensus.

Due to being decentralized, DApps do not solely rely on a server, reducing the chance of failure. As every node stores the data, even if one of them fails, it does not affect the network. Widely speaking, there are three types of DApps:

The category comprises both data and finances residing out of blockchain. An ICO can also be compiled within the category as it allows investors to transfer finances via smart contracts in cryptocurrency. The contract keeps the finances and transfers an equal value in a token form.

As the name suggests, a financial blockchain app facilitates the management of money and finances. The network is not controlled via centralization, thus no sole administration controls it. The consensus holds the power, making consumers the real owner of their assets.

A fully functional DApp merges the features of both distributed and decentralized systems. The category garners the most popular in the DApp category evident by Dubai even building a blockchain run government.

Here are the best advantages of DApps: 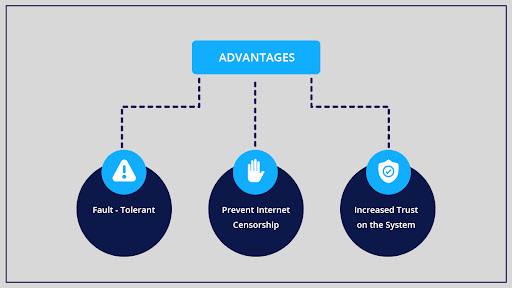 Prevents Censorship on the Internet

The lack of a single controlling administration owning DApps, it presents and controls the violation of internet censorship. This provides DApps tremendous power because their lack of using a specific IP address saves them from getting blocked via the government.

A DApp does not own one failure point as no single node can control the transaction record. The distributed nature of the tech also supports this tolerance.

As said before, the lack of a single owner enhances the reliability aspect of the tech, encouraging trust in the consumers. 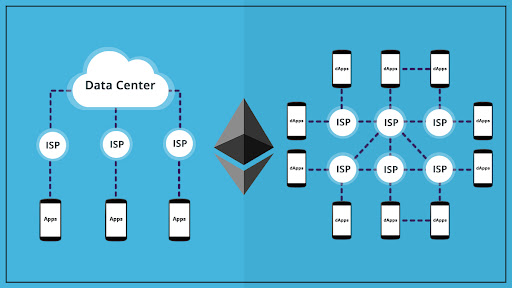 How to Develop a DApp

Here is the process to develop a DApp:

Blockchain has offered numerous benefits to society and DApps are one of them. The trend of using DApps is rising in the industry and now organizations are preferring them over traditional apps. The blog has highlighted everything you need to know about DApps.

So give it a read and enlighten yourself about DApps. You can get more info or develop the best DApps with us as well.