PoC vs MVP vs Prototype: What Strategy Leads to Product-Market Fit? 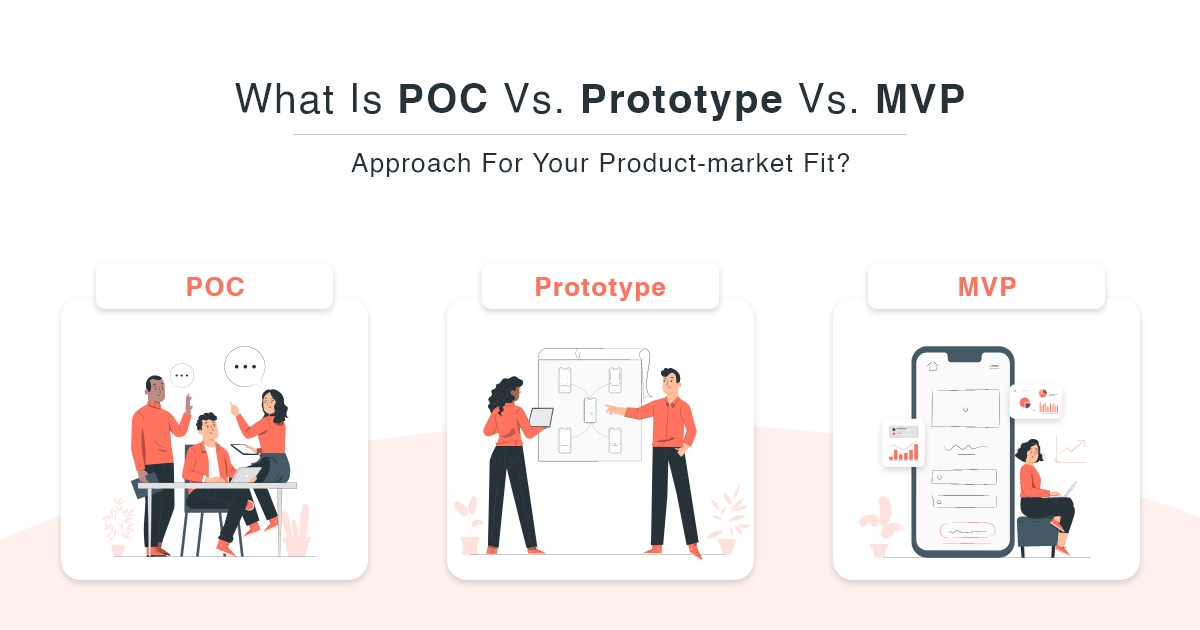 Keeping user satisfaction as the primary goal is a general practice when creating or launching a new product. Doing so creates a product-market fit, but achieving it is not as simple as it may appear. You can avail numerous approaches to build your product, but the real confusion starts when you have to choose between MVP vs PoC vs Prototype.

Each strategy is a tried and tested one, but they are ideal for different purposes. You cannot always choose MVP as your method nor will banking on PoC will be a rational choice. Always opting Prototype is not a viable choice either.

So here we have gathered as much relevant information necessary on the topic to figure out the best product development approach.

What is Proof of Concept (PoC)? 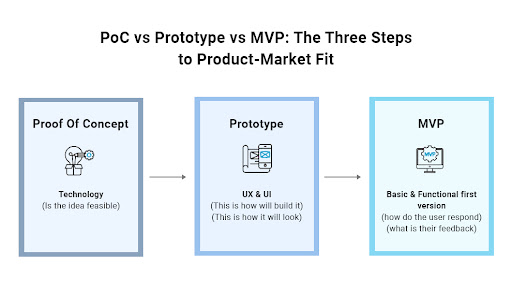 Proof of Concept, also known as PoC, is the initial step of the product development process. Like the name suggests, PoC as an idea is flexible and can easily convert in a product.

In case your product idea is already available on the market, then PoC is not something you should opt for. Contrarily, in case of an innovative startup, PoC is the first step you should undertake.

Twitter introduced an early OAuth version in 2009 on a discussion group of Google. The idea is a prime example of PoC in practice as it demonstrates the idea’s execution possibility.

What do you mean by Prototype?

You can call prototype the draft version of the final product focusing on the user semantics and experience. The word originally meant “primitive form” but nowadays it means “alpha grade.” It’s the initial version showing the product’s elements and overall feel.

MVP should not be availed without a prototype as it gives an idea of what an MVP should be.

In 2019, Twitter released “twttr” for users to experiment with some new features. The goal was to gather as much consumer feedback as possible.

What is a Minimum Viable Product (MVP)?

An MVP can be summed as a functional product loaded with mere essential functions defining the product. With MVP, you get a launch-ready app to garner valuable feedback from the end-users.

MVP in no way or form should be inferior to the final product for garnering genuine feedback.

Odeo, a podcast platform released the idea to create a text-based platform for facilitating communication. It was also named “twttr” with minimal features usable in internal uses.

MVP vs PoC vs Prototype: Difference between the Three

What to Choose between MVP vs PoC vs Prototype

Here is an overview of when to choose what development process: 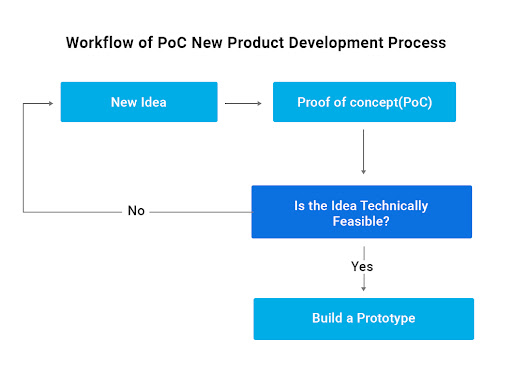 When should you use PoC (Proof of Concept)?

When should you use Prototype?

When should you use MVP?

MVP, PoC, and Prototype are one of the most prevalent product development approaches in the industry. Therefore, it is viable to get confused when to choose what. The blog has mentioned some relevant information regarding all three, so give it a read and assess what to choose for your business.