Flutter vs React Native vs Xamarin – Which Framework is Right For You? 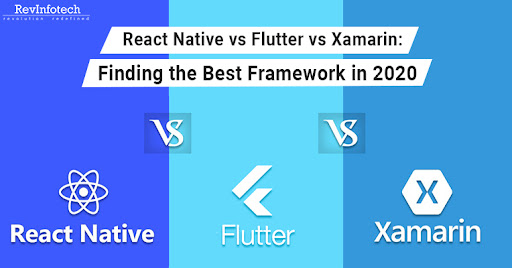 Building an application in 2020 is completely different than some years ago, and the rise of capable frameworks account for the most of it. Every app developer faces the ever looming question of what is the best framework or which framework is best for cross-platform app development.

The question gets more confusing when you consider frameworks such as Flutter vs React Native vs Xamarin. Finding the best cross-platform application development has become a prevalent query in the industry, and understandably so.

With the mobile app market growing rapidly, the urge for creating the best mobile apps is also picking up pace. Therefore, every business is looking to make the most efficient apps, which won’t be possible if their have to distribute their resources on two different platforms.

This is where cross-platform development comes in. The technology emerges as the one-stop solution for questions like:

If you are faced with such questions as well, then read through. Here we will find out the best framework between Xamarin vs React Native vs Flutter.

Finding the Best Platform to Build an App

In case your business needs an app for both iOS and Android, then you should opt for cross-platform application development. It allows you your developers to use the same codes on separate platforms, saving time and resources.

When it comes to the hybrid application development, the app development cost is halved while the development procedure is also shortened with almost 97% codes sharing different benefits.

Even when you figure out your needs, finding the best framework between Xamarin, Flutter, and React Native is difficult. So here we have used a comparative analysis to figure out which mobile app development framework works best for you. 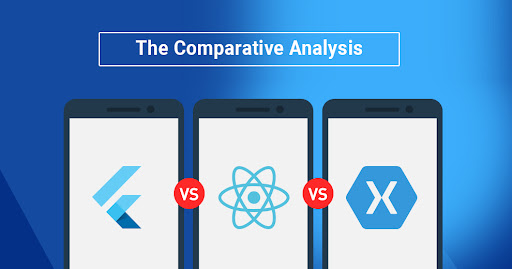 Choosing the best cross-platform application is tough, so we have prepared some parameters to get the answer.

Comparing Performance of Xamarin vs React Native vs Flutter 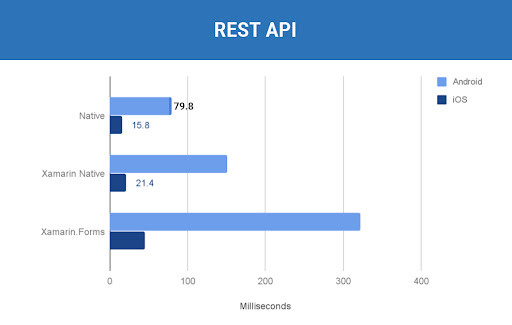 React Native offers performance akin to some native apps as it is capable of rendering code functions particularly to native APIs. It also lets the developers use native models in the native languages for writing complex codes.

You can share almost 80% of the codes as per your app’s complexity. As React utilizes JavaScript, it is an issue to render large datasets. Moreover, it’s not in unification with Android or iOS, making it stay behind some native systems. 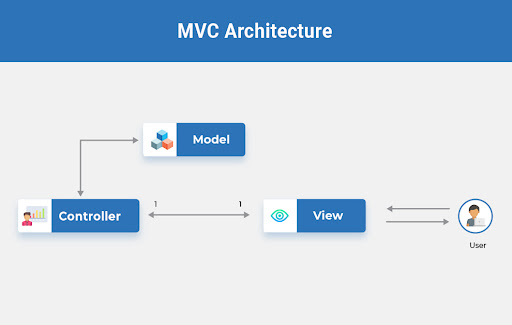 With Xamarin, you can easily build and release applications. Now, it also offers features such as, Hot Reload, Visual, Hot restart, and Shell for simplifying and reducing the development time. It offers:

The ideal space for describing the app’s visual hierarchy

Xamarin’s built-in apps can compete native application development’s standard, but the platform is not as effective when it comes to heavy graphics.

Whenever the list of best app development frameworks is prepared, it would be unfair not to add Flutter in it. The platform helps developers use the native codes for offering a standard native feel with amazing UX.

Its Dart Code makes it stand out from the competition as its compilation with C-library removes the JavaScript complications. Also, you can keep track of every change in seconds with the Hot Reloading function.

Comparing Popularity/Relevance of Xamarin vs React Native vs Flutter

The list of best app development framework is modified routinely because of the new entrants. Here is how the popularity of these platforms pan out:

The period of 2015-2016 was golden for Xamarin as the platform topped the list of most popular cross-platform development then.

Even though React tops the list of most popular app development framework, Flutter is nevertheless a close competition. 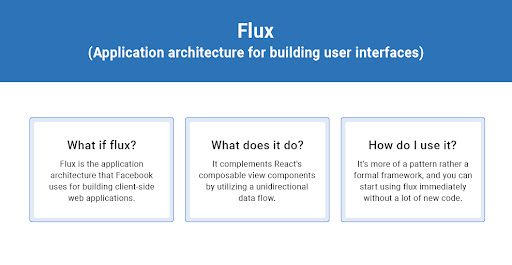 But the Flutter community is growing rapidly, showing how promising the platform can be.

Comparing Architecture/Framework of React vs Xamarin vs Flutter

When it comes to Flutter, you see the Reactive UI practice being used. It also packs a Dart application framework with the one-directional flow of data which rise from Flux and RefluxJS.

But due to the sheer size of Flutter, the developers can get frustrated with it. Even if you minimize it, the application still remain bigger than the general platforms.

Comparing the Community of React vs Xamarin vs Flutter

Decent community support is always a good sign for every platform and the same is true with these three.

React was created when a developer community was searching for an alternative of the combination of Native React and better mobile application development.

React has one of the best communities with over 83k stars on GitHub alongside 2,000 + contributors working to enhance the platform.

Unlike Xamarin, Flutter packs a good community support of over 82k stars on GitHub, almost equal to React. Also there are over 500 contributors working to enhance the platform. Flutter developers can also be seen actively on differently Q&A sites.

React, Flutter, and Xamarin can undoubtedly be called one of the best mobile app development frameworks in 2020. However, a firm cannot invest in all three at once. Therefore, the blog has tried to shed some light on each one of them. Read through the blog and try to find the best platform for your business.